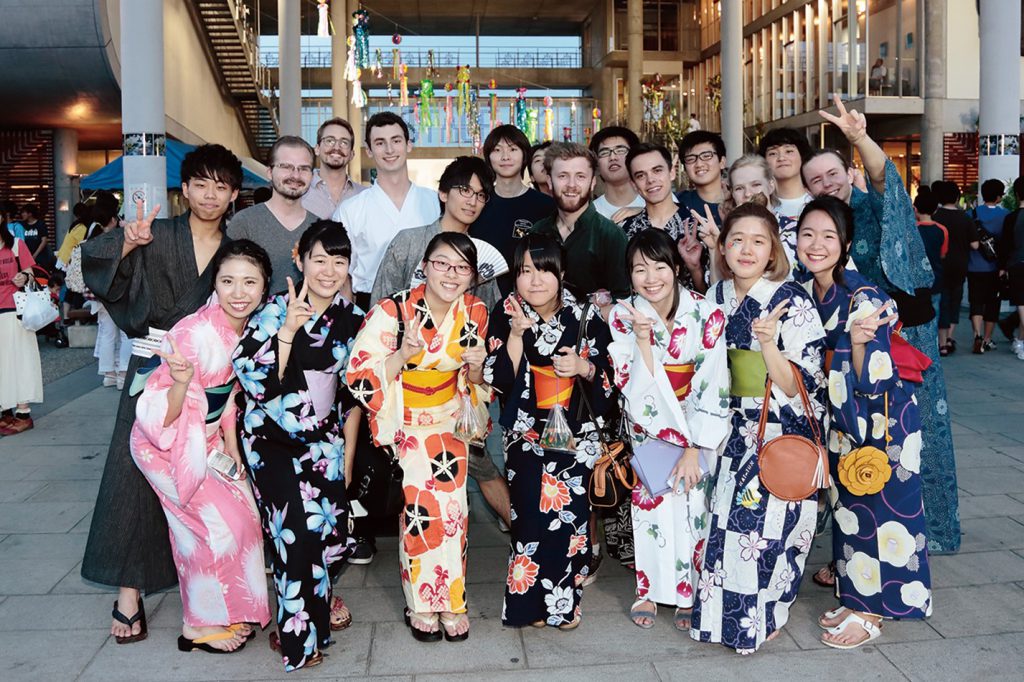 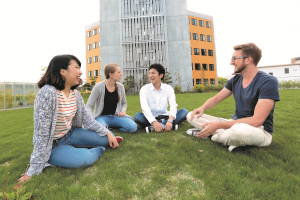 The intercultural co-learning promoted by Yamanashi Gakuin University refers to students who possess different languages and cultural backgrounds learning language and culture from one another through conversation in regular academic courses and extracurricular activities. Intercultural co-learning can’t be achieved simply by placing international students and Japanese students in the same space. It’s essential to have numerous conversations so that students with diverse backgrounds can get to know one another through student discussions and projects. Students will likely come up against difficulties in communication in conversations. 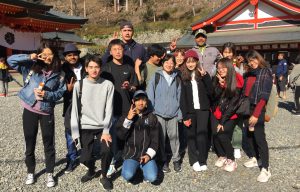 They may not be able to convey what they want or understand other students, or perhaps can understand the words other students speak, but can’t understand their thinking. On the other hand, there are also enjoyable aspects, such as the joy of students being able to communicate with others, understanding what other students are saying, and getting to know ideas they would never have thought of and new realities. Students can get to know others and themselves better through careful and frequent conversation conducted with an awareness of diversity. Moreover, they gain the ability to create new ideas and values. 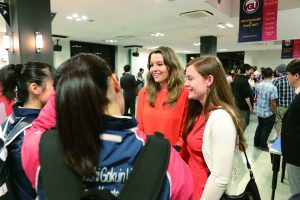 In addition, Yamanashi Gakuin University holds multilingualism and multiculturalism in high regard. In global society, it’s not unusual for an individual to understand different cultures and use different languages, rather than only speak the language and understand the culture they naturally learned. For instance, in addition to their native language, international students study Japanese language and culture, and the majority of Japanese university students have studied English. Furthermore, even among those who speak the same native language, there are variations in language and culture depending on what region they come from. Even Japanese university students and international students who speak the same native language can learn a lot from each other’s languages and cultures. Consequently, when students encounter and greet different people on campus, they come to use the language of those people. This may seem trivial, but it’s a big step toward realizing a multilingual, multicultural campus. Each and every student learns each other’s languages and cultures through intercultural co-learning classes and various activities, and comes to embody multilingualism and multiculturalism.